Can Be Easily Arranged

You Will Arrive On Time

Places to visit in Washington DC

Places to Visit in Washington DC 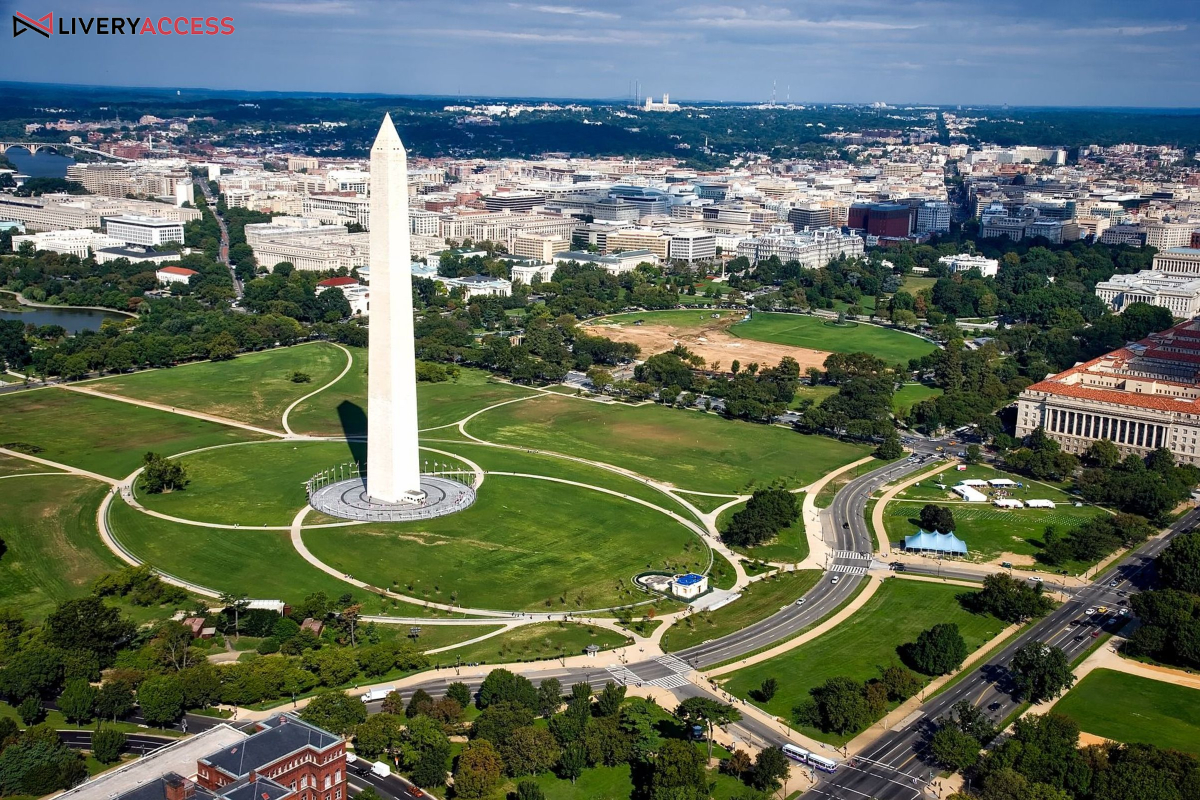 Washington DC is a gorgeous place to visit. If you are somebody who's planning a recreational trip or somebody out on a business/word trip looking for places to visit in Washington DC and have some budget-friendly fun then this is your perfect guide.

Washington DC is the hub of art, culture, and museums from the space museum of museums dedicated to the victims of the holocaust and world war 2.

We’ve detailed some of the popular activities so on your next family trip or business trip to DC, make sure you cross all of these off of your bucket list! 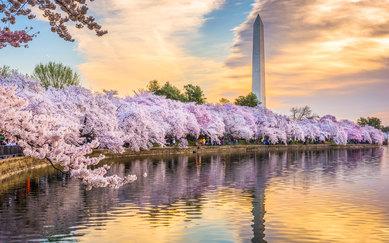 Recognized around the world as a symbol of the United States, the Capitol is the seat of the House of Representatives and the Senate.

The huge dome, based on the dome of St. Peter's in Rome, stands out above all other Washington buildings. The interior is resplendent with frescoes, reliefs, and paintings, especially the rotunda under the great cast-iron dome with a ceiling painting by Constantino Brumidi and huge paintings of scenes from American history on the walls.

An underground passage with historical exhibits leads from the Capitol to one of Washington's little known places to visit, the Library of Congress.

It's the world's largest library, modeled on the Opera House in Paris. You can visit portions on your own, but free tours disclose even more of its beautiful interior. 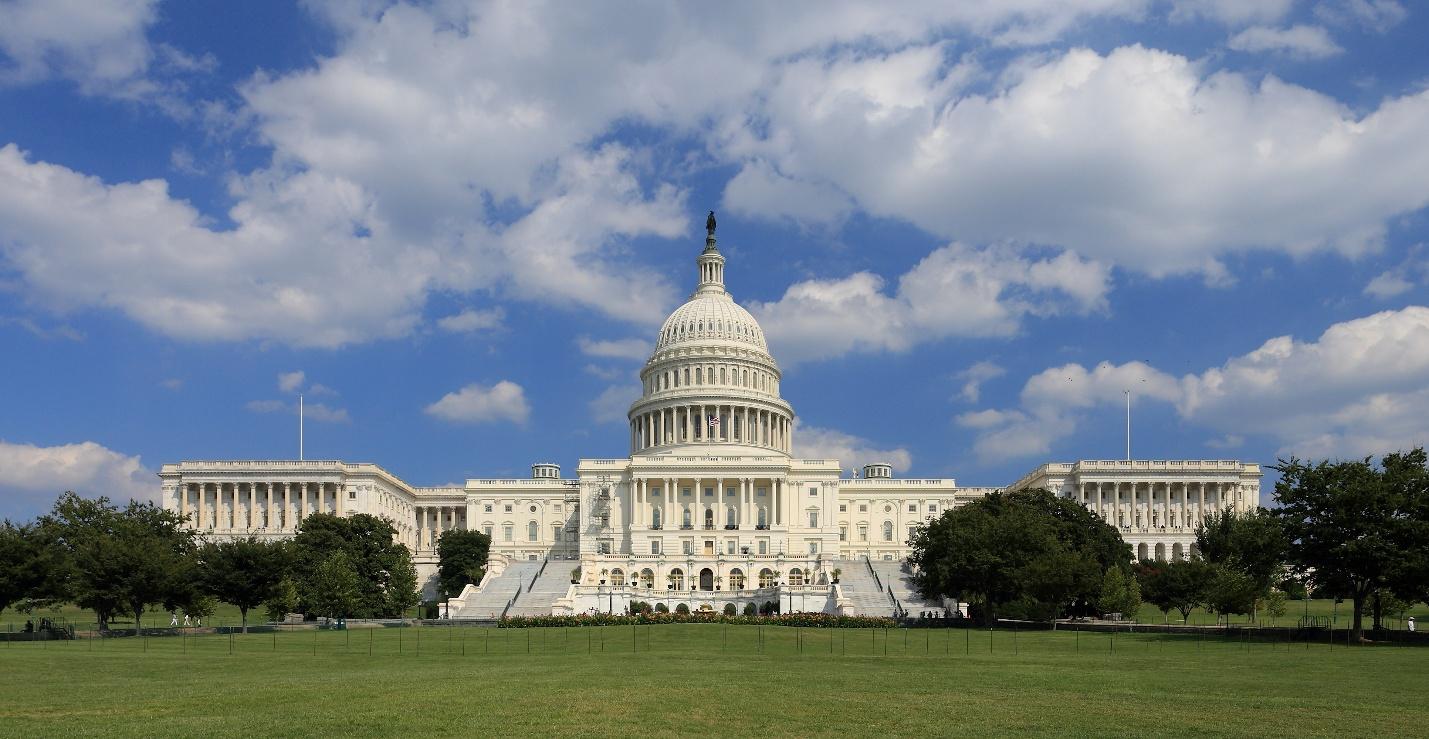 Don't forget the White House! On your visit to Washington DC, the first thing you should probably be visiting is the white house itself.

It was originally built by James Hoban in 1792, and after being burned down by British forces in 1814 was rebuilt in 1818.

Although tours of the interior that include the East, Blue, Green, and Red Rooms; the Ballroom; and the State Dining Room must be reserved well in advance through your Congressional office or embassy, every tourist to Washington will want to see this iconic building, at least from the outside. 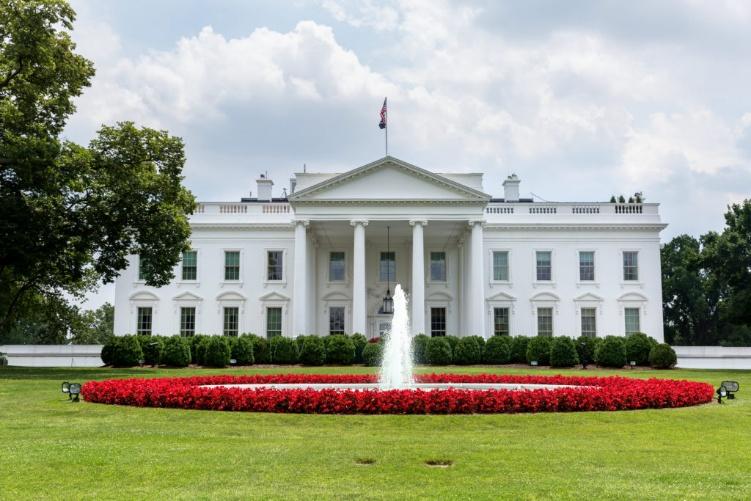 There is a great history attached to this place and visiting this and other Mall monuments are one of the favorite things to do in Washington, D.C. at night.

The monuments are all lighted, and many, like the Lincoln Memorial, are open 24 hours.

The statue of Lincoln is especially powerful lighted at night inside the darkened interior of the temple and framed by the floodlit white columns.

This is indeed yet another place you most certainly be checking off of your bucket list. 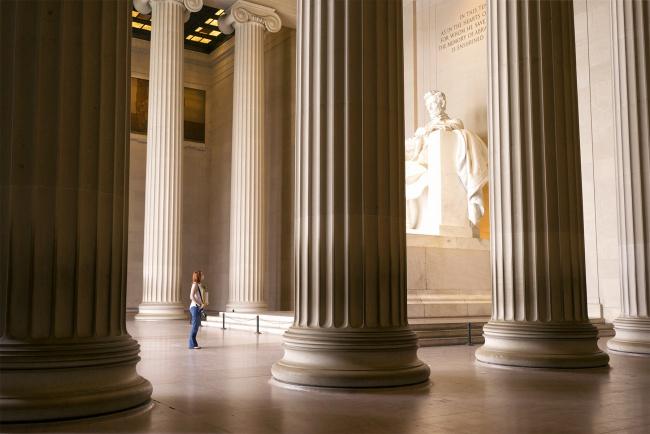 The 555-foot white shaft of the Washington Monument is a familiar icon of the National Mall, and a beautiful sight, especially when mirrored in the long Reflecting Pool at its foot.

You can see the separate stages of its building by three changes in the color of its facing stones; inside are engraved stones from various states, cities, foreign countries, individuals, and civic groups, many of the donors who helped in its private funding stages.

You can take an elevator to the very top for aerial views over the mall and much of Washington. The base of the monument is surrounded by a circle of 50 American Flags. 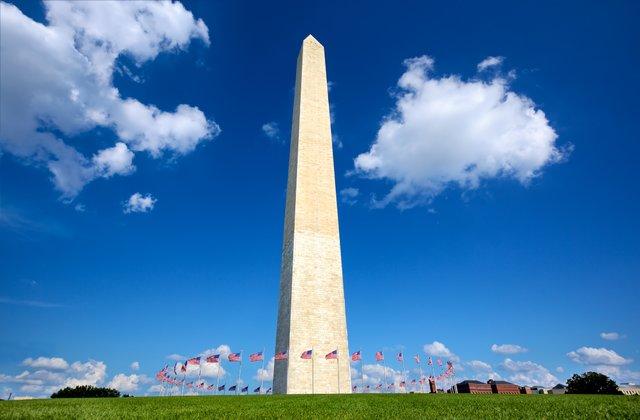 If you are somebody who is into history, space and museums then this is the perfect place for you to visit.

The National Air and Space Museum is one of the world's most popular museums, with a collection of history-making air and spacecraft that includes the original 1903 Wright Brothers Flyer and Charles Lindbergh's Spirit of St. Louis, the first plane to fly solo across the Atlantic Ocean.

This is just so fascinating. The Air and Space Museum is currently undergoing a seven-year makeover that will transform not only the arrangement of 23 galleries but the way it interprets the history and science of flight. 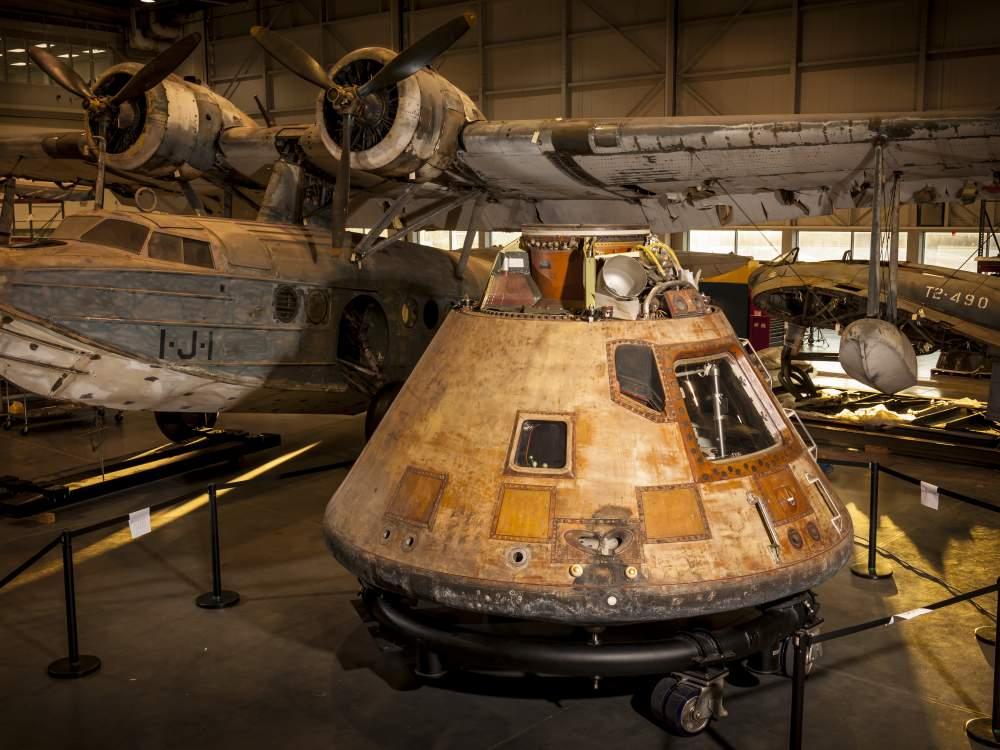 This is the best place to visit if you are in an artist or somebody who loves and appreciates art.

Based on the sizable collection of financier and later Treasury Secretary Andrew Mellon, its large and diverse collection includes masterpieces of European and American paintings, sculpture, and decorative arts. 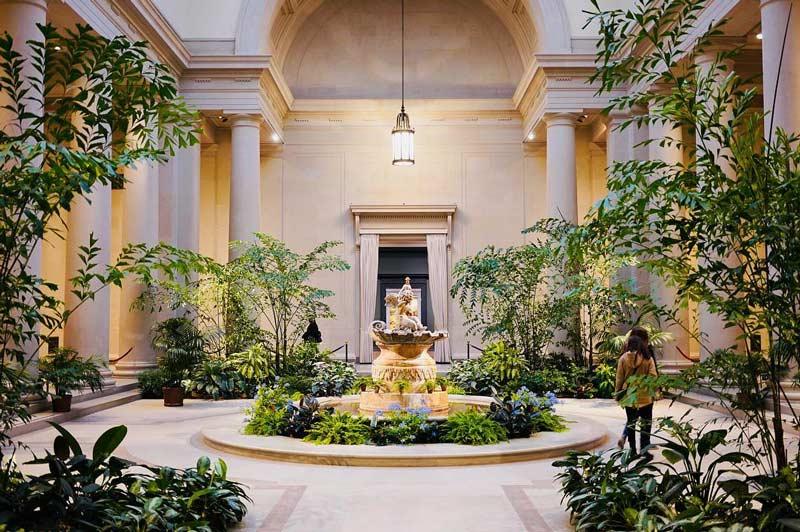 The National Museum of Natural History

If you are out on a family trip then the National Museum of Natural History is a place that your family would love to explore.

It is one of the most popular things to do with children in Washington, the Museum of Natural History explores the natural world with permanent and changing exhibits to interest all ages.

Favorite exhibits include the renowned Hope Diamond and the dazzling collection of gems and minerals around it; Ocean Hall with its stunning underwater photography and replica of a 45-foot North Atlantic Right Whale; and the Hall of Human Origins, which follows human evolution over six million years in response to a changing world.

Children will especially like the dinosaur exhibits and the interactive Discovery Room where they can touch and play with various artifacts. 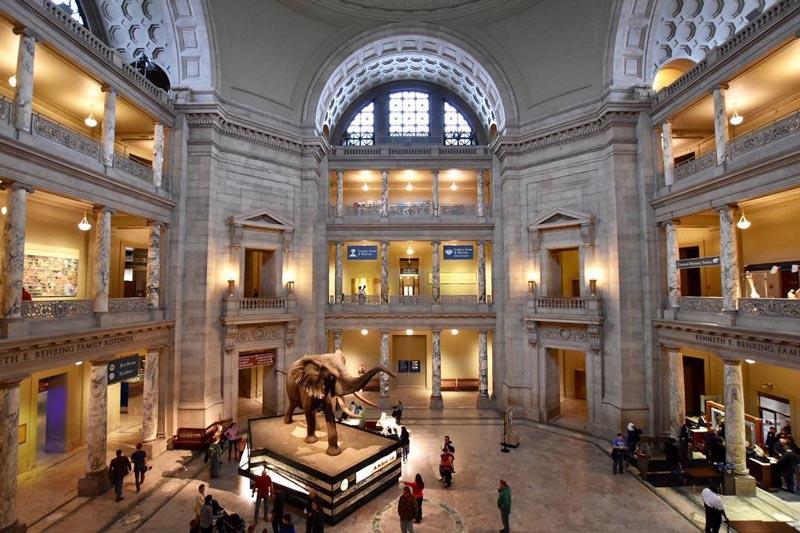 The National Zoo is another part of the Smithsonian, where nearly 2,000 different animals, birds, and reptiles live in habitats replicating as closely as possible their natural environments.

Of the several hundred species represented here, about a quarter are endangered.

This is one of the world's best zoos, not only for the quality of the visitor experience but for its leadership in areas of animal care and sustainability.

By far the most popular animals here are the giant pandas, part of a major initiative that began in 1972 with the arrival of Hsing Hsing from the People's Republic of China.

In the Amazonia exhibit, you can glimpse the colorful underwater life of the Amazon, where one of the world's largest freshwater fish swims beneath a living tropical forest. 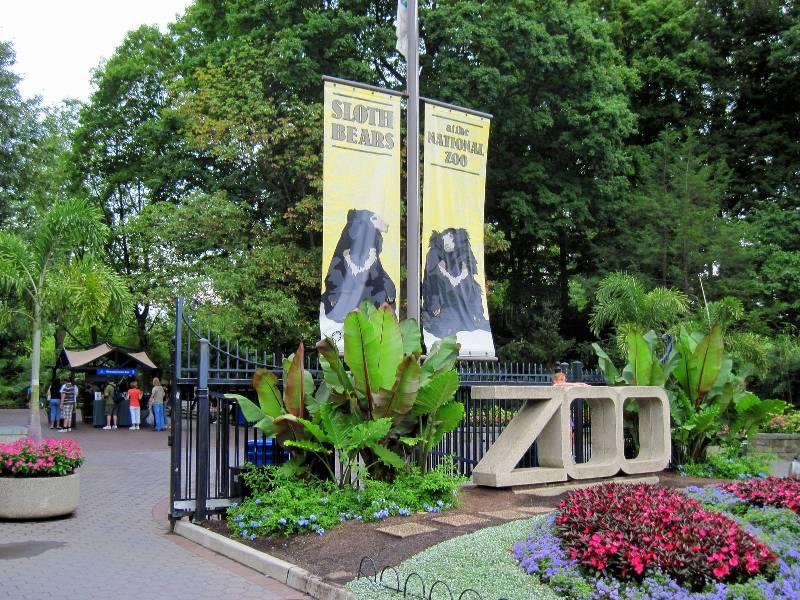 If you are into history and culture then this is what you need to check off of your bucket list.

Focusing on themes of history, culture, and community, the newest of the Smithsonian museums explores changing definitions of American citizenship and equality, at the same time highlighting African American culture and that of the entire African diaspora.

Various themes are covered in changing exhibits, which center on themes such as African American food traditions and chefs, the influence of African American sports stars on the breakdown of segregation, and African craftsmanship. 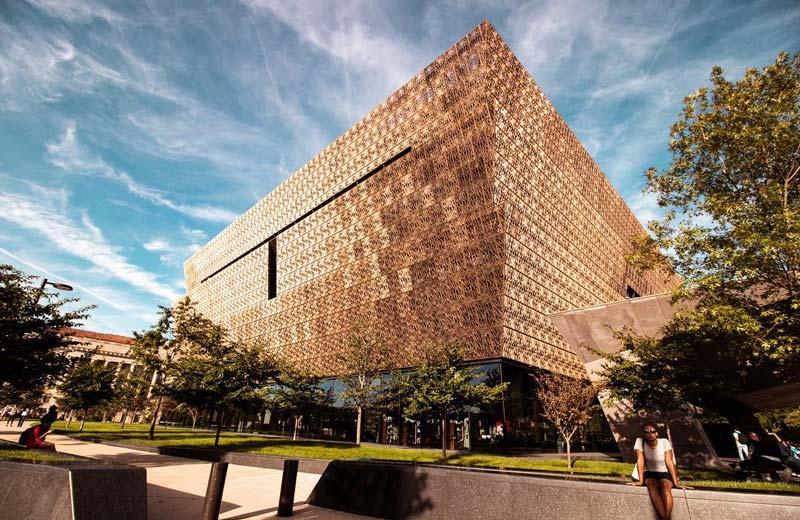 The English-style, Neo-Gothic National Cathedral, one of the world's largest cathedrals, took 83 years to build, from 1907 to 1990.

It follows the Gothic building style and techniques, with flying buttresses and solid masonry construction of Indiana limestone.

Throughout the cathedral are artistic details to see, from its stained glass windows to the hand-embroidered kneelers that commemorate war heroes and historic events.

Special tours, reserved in advance, explore hidden parts of the building and its art; families should ask for the brochure Explore the Cathedral with Children for a scavenger hunt to find wrought iron animals, tiny carvings, and gargoyles.

Be sure to look for the gargoyle of Darth Vader high up on the northwest tower. The children would love it! 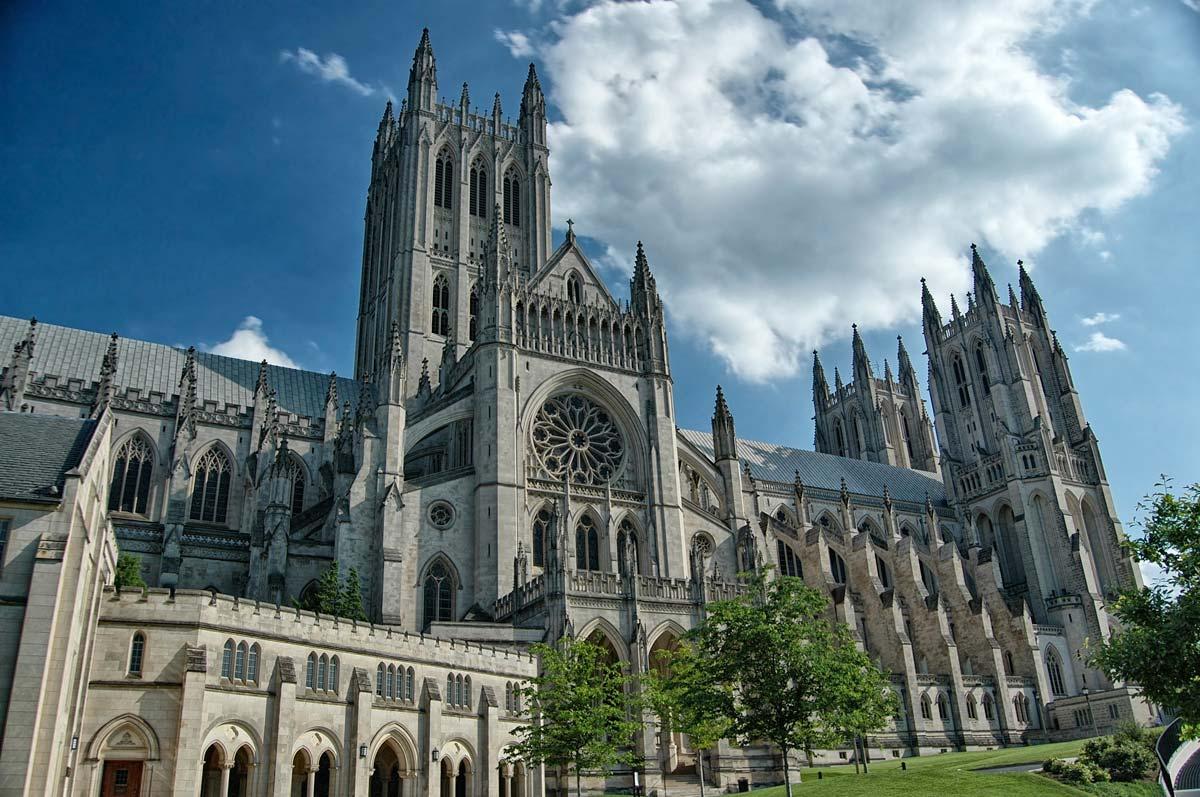 Tickets are only needed from March 1 to August 31 to visit the Museum's Permanent Exhibition, which tells the history of the Holocaust from 1933 to 1945.

Recommended for ages 11 or older. The Portal: A Real-Time Conversation with People Forced to Flee Persecution The Shared Studios Portal allows you to have a face-to-face conversation with someone in another part of the world as if you are standing in the same room.

Through this installation, visitors will be able to converse in real-time with displaced persons or refugees in Iraq, Jordan, and Germany Remember the Children: Daniel's Story Representing the experiences of many Jewish children during the Nazi era, "Daniel" narrates through his diary the history of the Holocaust in ways that children can understand. Recreated environments present life in a middle-class German home.

If books fascinate you and you like books more than people (hey! That is a perfectly normal thing. Readers, you get us!) then you got to visit this place.

The Library of Congress is the world's biggest library and the country's oldest federal cultural institution. It is home to a wide-ranging collection of media in all forms.

You can attend exhibits, concerts, lectures and other events, take a guided tour or even do your research into any topic that interests you.

It is an amazingly beautiful building and the history and significance of the Library of Congress are awe-inspiring even in a town full of amazing museums and sights! 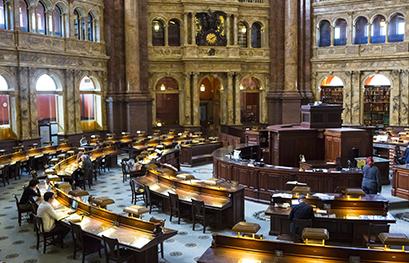 Dedicated to the promotion of the free press and the first amendment, the dynamic museum hosts interactive exhibits related to journalism and world events. Explore the Newseum 15 galleries and theaters. 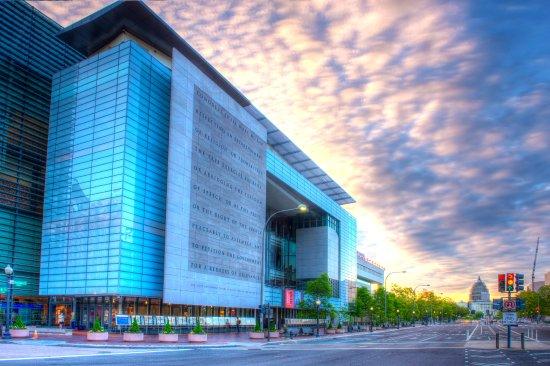 Museum of the Bible

It is one of Washington DC's newest institutions, the Museum of the Bible tells the story of the bible as the name suggests and showcases exhibits on its history and modern-day impact.

You can explore the museum's historical artifacts and exhibits, including relics from the Roman Empire and state of the art interactive displays.

It is very interactive, inspiring, interesting; You walk through the Old Testament and the New Testament and a typical first-century village with interpreters; many very good Drive Thru History videos about the impact of the Bible and how it was translated.

Great restaurant on the top floor. Thrilling "ride" through Washington to see the Bible in plain sight on monuments and government buildings. 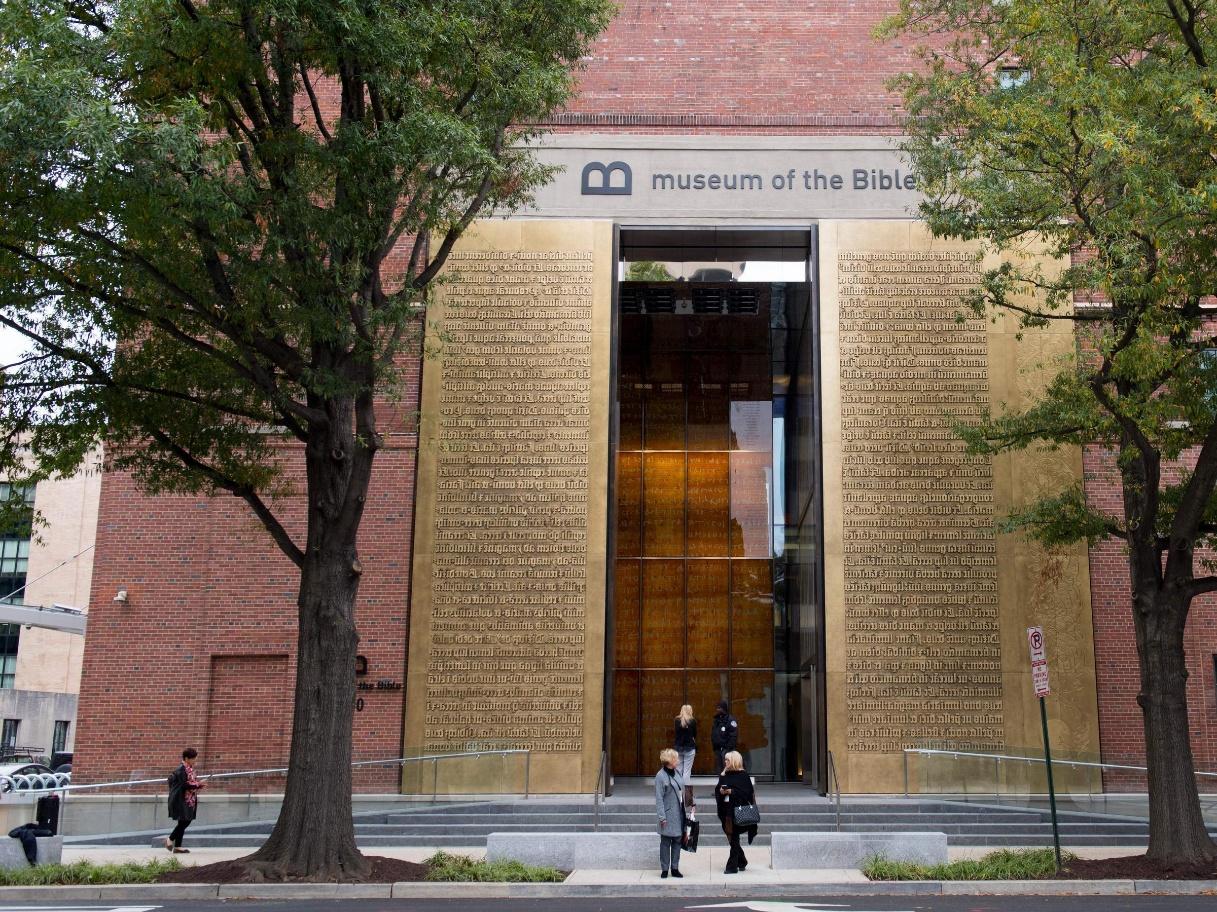 With its inspiring theatrical productions, live historic interpretation, and rich collection of artifacts, Ford's Theatre is the premier destination in the nation's capital to explore and celebrate the life and legacy of Abraham Lincoln.

A daytime visit to Ford's campus traces the story of Lincoln's presidency, assassination, and legacy. The campus includes the museum, theatre, Petersen House (the house where Lincoln died) and the new Center for Education and Leadership. 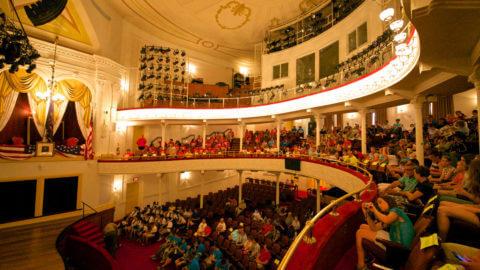 If you are somebody who is into nature and enjoys beauty other than the history and culture then this is the place to be at.

The popular botanic garden is a verdant oasis in Capitol Hill and is free to visit and is open all year long. It is the country's oldest continually operated botanic garden.

The garden offers both the indoor and outdoor attractions. Admire tropical plants in the glass conservatory or just stroll through the calming and peaceful green space such as Bartholdi Park.

It is well laid out and very fascinating and an amazing change of pace and sight from the frenzy of exploring museums. It is rather refreshing. 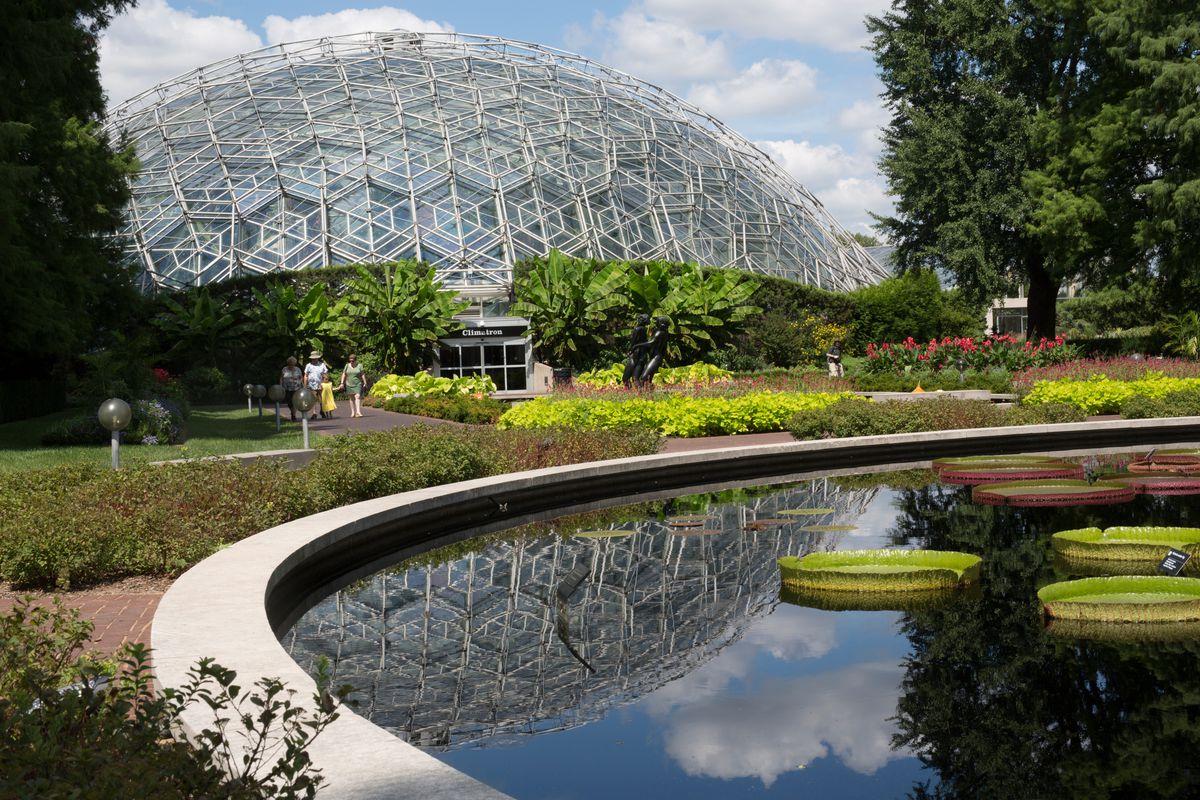 Let us know which one of these places fascinated you and made it to your bucket list in the comments below!